In the years after Edward O. Wilson and Robert MacArthur’s seminal book, The Theory of Island Biogeography (1), which laid the foundations for understanding species diversity and extinction rates in isolated habitats, was published in 1967, a flurry of papers erupted on the effect of fragmentation in tropical rainforests.

The big question at that time was whether it would be more advisable to protect massive tracts of continuous rainforest or smaller patches forming an archipelago of forest fragments within an anthropogenic matrix of pasturelands and tropical farms. Tom Lovejoy, who, like MacArthur, had earned his doctoral degree at Yale University under the mentorship of G. Evelyn Hutchinson, decided to put the question to a test by taking advantage of the ongoing land clearings around Manaus, Brazil, to create a large-scale experiment. In collaboration with Amazonian ranchers, the team cleared the trees around a series of fragments of rainforest of varying sizes to create islands of intact forest, and have been monitoring the plots since 1978, carefully documenting how deforestation harms neighboring pristine fragments as plants and animals of the mature forest give way to more opportunistic species that thrive in disturbed habitats (2⇓–4). The Manaus experiment has been replicated in many different tropical regions with similar results, showing the vulnerability of small reserves to large-scale human disturbance. The detailed underlying mechanisms of biodiversity loss, however, remained to be unraveled.

In PNAS, a group of Mexican ecologists tackle the problem of ecosystem fragmentation from a different perspective, the demography of understory plants, adding important information to our knowledge on the dynamics of forest fragments. 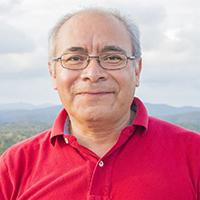 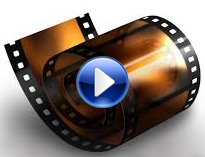